The TrueView for Action (TVA) ad format is designed for engagement, with a highly visible and clearly broken out Call-to-Action (CTA). TVA is a format capable of driving action and generating great performance, but TrueView for Action campaigns can only run if conversion goals are available. If simply awareness and consideration are the target of a video campaign, the TVA format is not an option.

A month ago Google introduced a new and engaging TrueView “CTA extension” that essentially carries over the TVA functionality to other video ad formats. Before detailing the new extension, let’s remember how we got here.

While being a great and affordable option for getting your video message in front of the otherwise unreachable slices of population like “cord-cutters”, “cord-nevers”, and many other specific demographic and behavioral groups, TrueView ads for awareness or consideration historically provided low engagement functionality. Ads offered a video level Call-To-Action overlay located in the bottom left corner of the Video ad for the first few seconds, collapsing into a small clickable image. Here is how the overlay used to look: 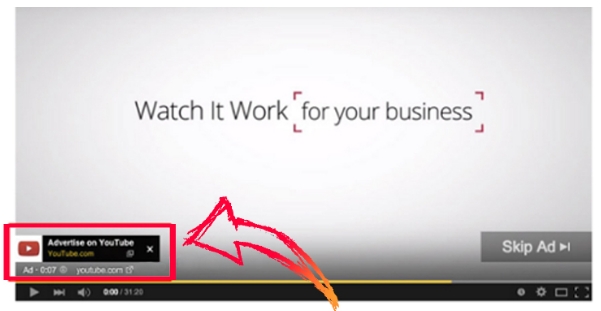 The place to update the CTA overlay was in the Google Ads UI, although the overlay also showed on the organic video asset that “hosted” it. This attribute has changed considerably, now offering a better option for viewer engagement with skippable TrueView ads, Bumpers (non-skippable), as well as with Video “discovery” ads.

At the same time that Google sunsetted the old “CTA overlay,” the new video CTA is now being referred to as a “CTA extension.” This new CTA extension will no longer be visible on the organic asset, only the sponsored ad. Also, the image the new CTA uses is now auto-pulled from the hosting video channel. What’s more, we can now create unique ad-level CTA extensions allowing to test CTAs for performance. 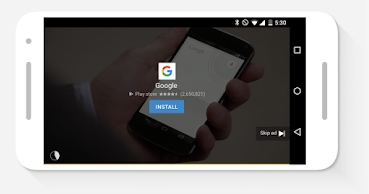 YouTube is expanding its previously underutilized engagement potential, allowing to engage the viewers via its most common YouTube ad format in a much more prominent way. This new CTA property is a bit a limited in terms of the character space but certainly offers a way for the interested viewers to learn more and engage with the advertiser.

TrueView campaigns have gotten a TrueView for Action treatment! See example below:

More about the Google Ads end screens and the way to opt out of them here.

How to Create LinkedIn Document Ads, Even If You Don’t Understand LinkedIn’s User Inte

Why I hired Enrique